Have you ever felt that something was holding you back? That you have a lot more potential than you are able to fulfill?

Just imagine being able to realize your dreams and goals with ease. Of being that successful entrepreneur/writer/artist/leader/businessperson/scientist/celebrity/family person/traveler/philanthropist/... that you've always dreamed of. Or being even more successful than you already are.

There is plenty of advice around on how to reach your full potential, such as listing your goals, staying focused and positive, planning and time management, and so on. These things don't solve those mental blocks and barriers that stop you from reaching your full potential.

How do you overcome the blocks to achieving your full potential?

Persistence and staying positive is the oft-touted recipe for success. However, when you are having a tough time overcoming your own mental blocks, you are going to need a better solution. Imagine someone trying to reach the top of a mountain carrying a 70-pound backpack going against a 60-mph blizzard. He could persist, and bit by bit get to the top, maybe. It would be a lot easier without the blizzard.

At South Coast Mission we use Dianetics technology to enable you not to just overcome the blocks to your full potential, but also to get rid of them, permanently. Instead of fighting against yourself and the barriers that are holding in your potential, you can erase the barriers and release the real you.

What is really causing you to have limited potential?

Mental blocks come from a hidden part of your mind called the reactive mind. These blocks include attitudes and emotions such as procrastination, self-doubt, low motivation, fearfulness, low self-worth, apathy after failure, anger and resentment, lack of self-confidence, introversion and depression.

The mind is divided into two parts:

The analytical mind is the rational, conscious, aware mind which you use to think, observe and remember data and to resolve problems.

The reactive mind is the portion of a person's mind which works on a totally stimulus-response basis. It is not under volitional control, and exerts force and the power of command over awareness, purposes, thoughts, body and actions. It contains the negative emotions, irrational thoughts and feelings, and the barriers to action that you are having difficulty overcoming. It is hidden from you as it operates automatically below your level of consciousness.

If you ever thought you are only using a small percentage of your full potential, you are right. You have the capability to be much more than you can even envision. It's all inherent in you, it just needs to be unblocked and let out!

Learn More About the Reactive Mind

Unlock your potential with Dianetics Auditing

We use Dianetics auditing to help you find the underlying barriers to realizing your full potential and eliminate them from your life. Dianetics auditing was first developed in the 1940s and is now used by thousands of groups and organizations throughout the world to effectively handle the factors holding people back in life.

Dianetics auditing addresses the underlying sources of the unwanted emotions, feelings and sensations people experience. It addresses past experiences that have a continuing impact on a person's day-to-day living. Many of these past experiences contain incidents of pain or anguish that have been buried to some degree and are hidden from view in the reactive mind. These incidents, short or long, have the power to react on you but are out of your control.

Dianetics auditing is based on the book Dianetics: The Modern Science of Mental Health by L. Ron Hubbard, first released in 1950. It is a #1 New York Times bestseller and has sold tens of millions of copies in 160 countries and has been translated into more than fifty languages. 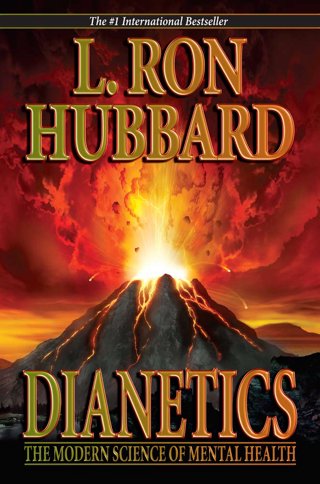 “There were a lot of memories and thoughts that were holding me from even making steps to meet my full potential.”

“In my auditing program, we talked about things that I didn’t know were even holding me back. There were a lot of memories and thoughts that were holding me from even making steps to meet my full potential. A lot of things were needed to be talked about and freed from. I feel so much better. It is extremely hard to choose one or two things I liked most about my experience. I felt extremely cared for by my auditor and my experience was simply amazing.”
A.J.
“As well as getting rid of my personal insecurities, Dianetics auditing helped me to grow to be a successful chiropractor and business owner.”

“I love the staff at South Coast Mission. They are competent, caring and 100% dedicated to the people who go there. I highly recommend.”
B.H., DC

Meet over the phone with our Lead Consultant to discuss your goals and the barriers you have been running into. She can answer any questions you have about our services.